Working Toward A Complaint-Free World 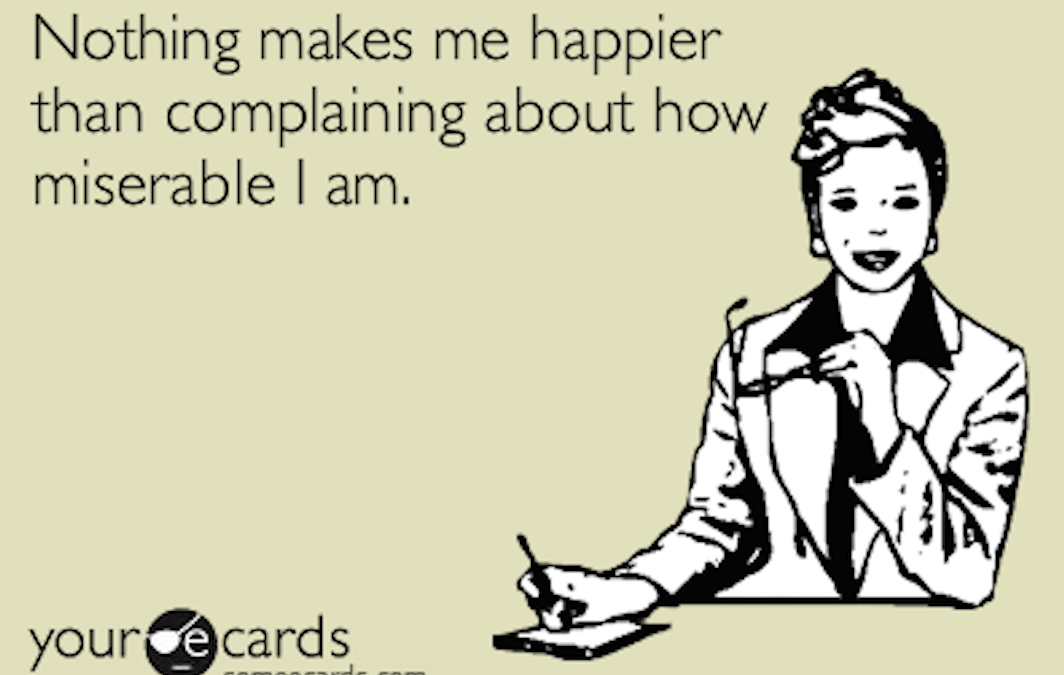 “What! They seated us on the wrong side of the train! We wanted an ocean view. Find another seat for us!”

The middle-aged lady and her teenage daughter were sitting on the other side of the aisle from my daughter-in-law and me. We were taking the Coast Starlight from Salinas, California, back home to Southern California, which is a beautiful train trip I would recommend highly.

The train attendant tried to help. “We’re sorry, ma’am. As you can see, the train is full. We would try to seat you somewhere else, but we can’t.”

“I don’t see why they only have one car for business class. That’s ridiculous!”

The lady went on to complain in her shrill voice for the next few hours, getting the names of the conductor, the attendants, probably the CEO of Amtrak, and anyone she could call on the phone while her daughter slipped down as far as she could in her seat, staring at her iPhone. I so wanted to adopt the daughter.

As we reached Oxnard and turned toward the ocean, the lady realized she WAS on the right side of the train, but she didn’t stop complaining then. She didn’t even look at the ocean once but kept calling people on her phone to relay the story about how the train attendants hadn’t really listened to her.

My daughter-in-law and I escaped to the lounge, which we were going to anyway. We had a lovely dinner while we looked at the ocean and the sunset, and when we came back she was still complaining. By then we were laughing about it, and texting each other about it, even though we were sitting right next to each other.

I read a book a few years ago called “A Complaint-Free World” by Will Bowen. I’m not really into self-help books, but this one was different. The author, a minister, was getting tired of all the parishioner’s complaints and wanted to make them aware of how much they complained. He thought of suggested people wear a rubber band on their wrist, and, every time a person complained, they would transfer the rubber band to the other wrist. This would help them become aware of their excessive complaints.

The minister tried it himself first. He figured he could easily accomplish the goal of a few days without complaints. After all, HE wasn’t the problem! He immediately discovered that it wasn’t so easy –– he was complaining a lot more than he had ever thought. But he stuck with it, and after many months, he finally achieved his goal of going 30 days in a row without a complaint! Only then did he present the idea to his parish –– and wrote his book.

I’ve tried this. I’ve never made it to the 30 days, but I have gotten through a few days. And it has made me super aware of how much of my time is spent on complaining about things that can’t be changed.

By the way, as you can imagine, complaining about other people isn’t allowed. So, here I am, at the end of my blog, starting over with yet another Day 1 since I complained about the lady on the train at the beginning of my blog! Someday I’ll get to my 30 days, and I’ll be happier for it, and I’ll bet the people around me will be happier too. Want to try it with me?