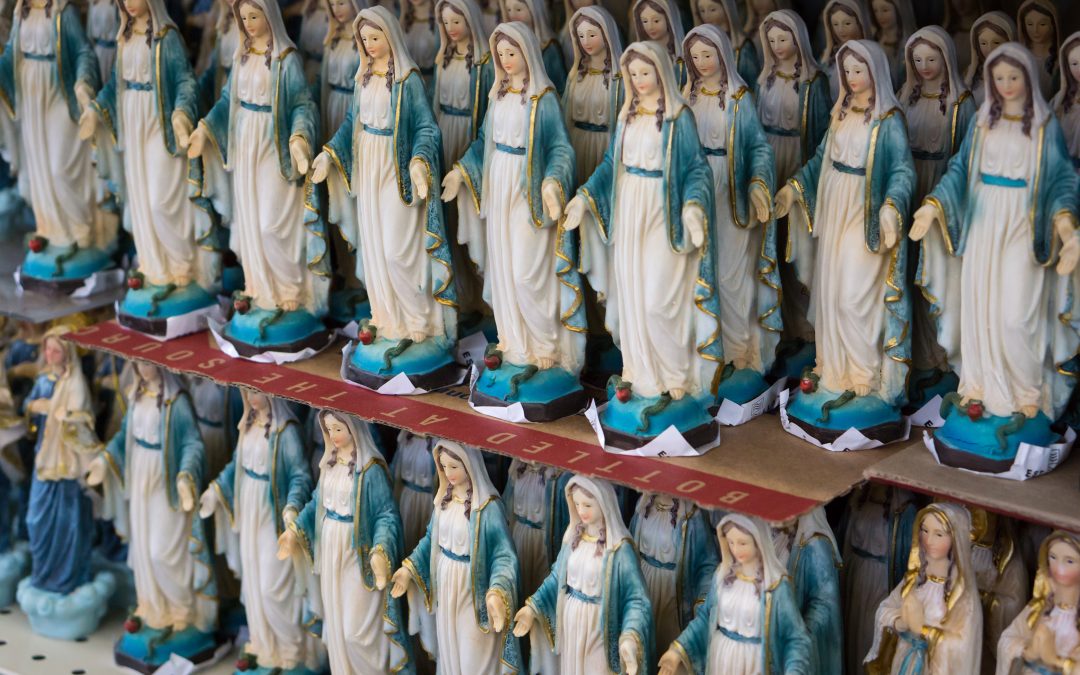 When I was in the convent a long time ago, we had a lot of instruction periods about virgins and martyrs. I don’t know why the women who were martyred were mostly virgins – I guess mothers didn’t have much time to defend their faith. They were busy raising the kids.

We had numerous lectures on how we had to be strong in our beliefs because the “world” would persecute us and threaten us as Christians. We had to defend our faith at all times. I’m sure there are places in the world where people have to stand up for their Christian beliefs in fear and in opposition to controlling forces, but this part of the world isn’t one of them.

We are not a Christian nation. But there are a lot of people who think we are. The very foundation of our government gives us the freedom to hold whatever beliefs we want –– and that freedom to choose is what needs to be defended.

The only times in my life I’ve felt like an unwanted minority was when I became an atheist. People couldn’t believe that this ‘nice mother’ had suddenly embraced immorality, “the devil,” and a lack of any values.

I had many lectures from well-meaning people about being prayed for, many “oh, it’s just a phase you’re going through,” and many invitations to visit different churches. “My pastor would convince you.” And even “our choir has guitars.” Really? So did mine!

One of the reasons I wrote Out of the Lion’s Den was to show that good moral people could be Jews, Muslims, Christians – and yes, even atheists.

Atheists can be kind and truthful and want the world to be a better place.

Christians can have those same values, too, if they choose them.

Every day you have a choice to be kind, generous, truthful, grateful, and helpful. Everyone has those same choices, no matter what God you believe in, or even no God at all.

Back in the lectures about defending my faith I never dreamed I’d be defending my atheist and humanist lifestyle.

As I was writing my book, a friend said, “You’d better leave out the whole “atheist” part. Nobody will want to read THAT!”

And I agreed that the book might not be as popular or inspirational as the “finding God after trauma” experiences. But I couldn’t leave the “atheist part” out. Because it is the truth. It is my truth.

I’ve heard from so many people that this has also been their experience. They have shared thoughts that they haven’t shared with anyone else for fear of not being understood.

I have found out in the many years since the convent that I never once needed to defend my faith. But I’ve always had to defend my “lack of faith.”