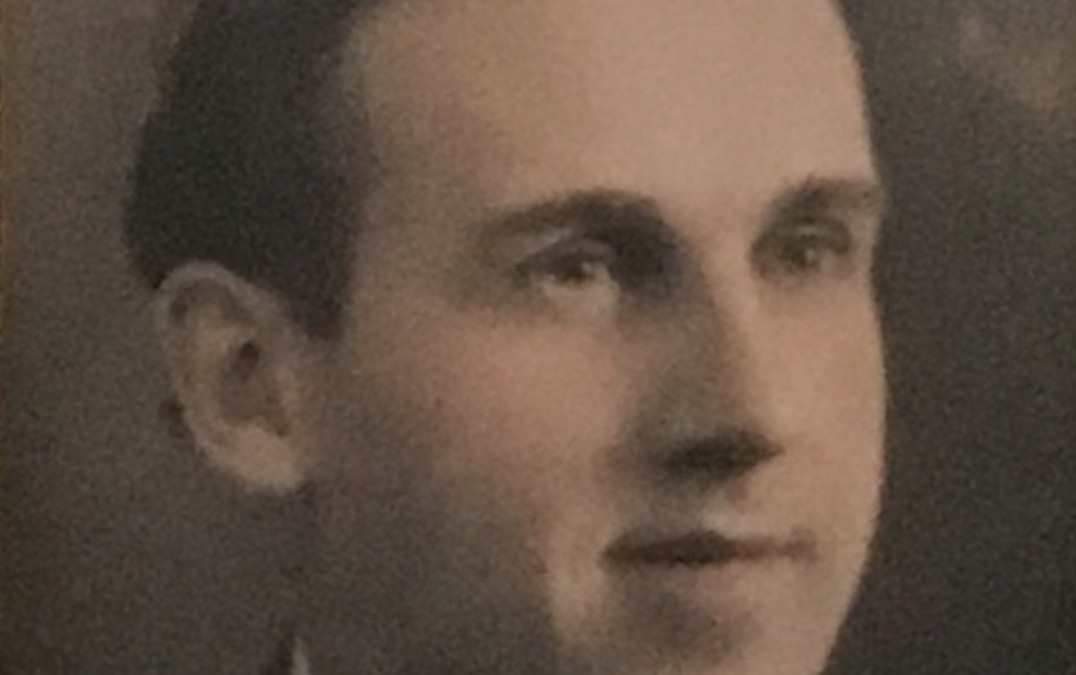 My dad wasn’t an emotional person. He’d talk about how he came to the United States from Germany. He’d tell us about winning a tennis championship years later – the Missouri State championship – the week I was born. My mother wasn’t too happy about that one!

Dad was always smiling and laughing, and always had a story to tell – or retell, as he got older.

One day, as he and I were talking, the conversation turned serious, and he told me he had only cried two times in his life. One was when he got fired from his job at Curtiss-Wright, an American airplane manufacturer, the day the United States entered the Second World War. His mother and sister still lived in Germany so, even though he was a U.S. citizen, he was fired since he was German.

He told me the only other time he cried was after his voyage from Germany across the Atlantic. As his ship pulled into New York Harbor, he cried when he saw the Statue of Liberty for the first time.

I was thinking about my dad recently, and about all my ancestors who came through Ellis Island and saw the inscription at the base of the statue:

“Give us your tired, your poor, your huddled masses yearning to breathe free.”

It doesn’t say “Give us your wealthy, your educated, your successful business men who will contribute to our economy.”

I know, I know, we have to do something about immigration. We can’t let everyone in our borders. But we could stand to be a little more generous and kind. It is a fact that the richest 1% own half the world’s wealth (The Guardian, Nov. 14, 2017). And a lot of that wealth is in the United States.

There isn’t a single one of us who wouldn’t want to escape constant war and conflict, violence and gangs, the poverty of not being able to feed our children. At last count there are over 68 million people in the world who have been displaced by wars and conflicts (UNHCR United Nations Refugee Agency). If we were in their situations, through no fault of our own, wouldn’t we do exactly the same thing?

I know my father didn’t know what those words on the statue meant when his ship arrived in New York harbor. He didn’t know any English when he landed. But he knew that this country was a land of opportunities, and he was escaping a war-ravaged Germany, in between the two great world wars.

I think that he would cry again if he could see how these words are being erased from the very foundation of not only the statue, but of our country.