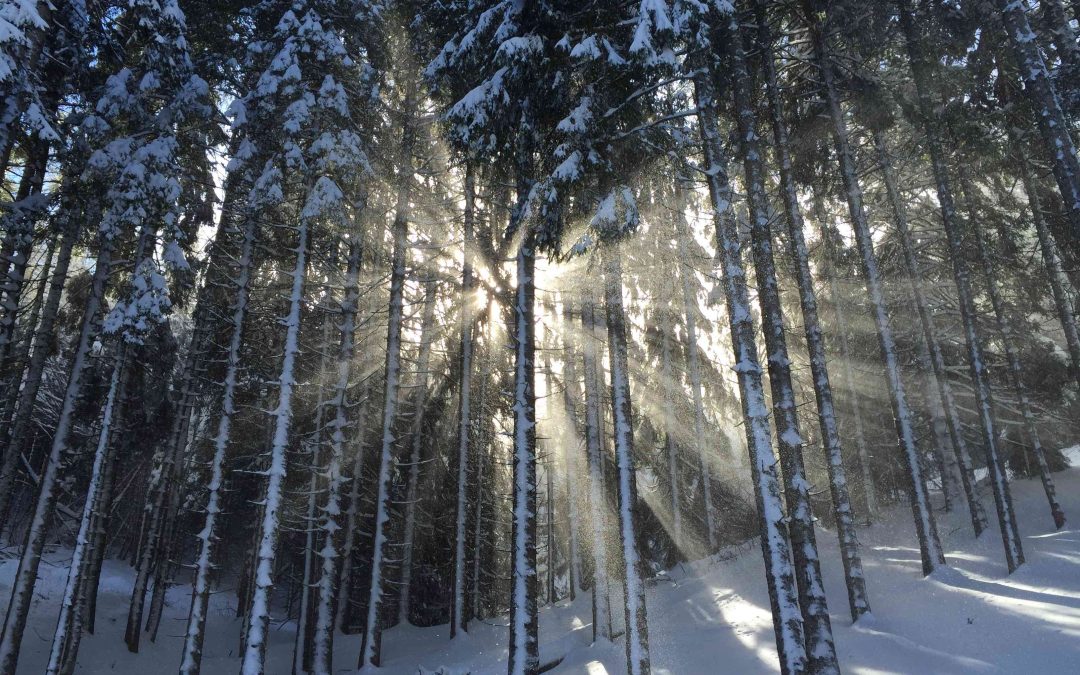 Two hundred years ago, a parish priest in Germany struggled to write a musical accompaniment to a Christmas poem he had written. He had worked on it for a few years but wasn’t satisfied with it.

On the morning of December 24th, he asked the music director at his parish, a man named Franz Gruber, to write a simple melody for it.

That same evening, Christmas Eve, the parish priest sang the melody and Gruber accompanied him on guitar. The song was “Silent Night.”

This Christmas, 2018, is the 200th year anniversary of the first performance of that hymn. That simple piece, composed in a few hours, turned out to be one of the most loved Christmas carols around the world.

I’ve always felt a special connection with that piece of music, made by a chance encounter. When I was a young nun –– yes, I was a real nun for six years –– we had the chore of visiting the sick and elderly nuns in the motherhouse infirmary. We had to visit them weekly. I was barely twenty years old, and I never knew what to say to them. They probably didn’t enjoy our visits much either.

One afternoon, as I reluctantly sat with an elderly sister, I mentioned that I was a musician, mostly to make conversation. She asked if recognized the name Gruber. I answered no. Ours was a German order, and almost everyone had a German name, so it wouldn’t have been anything special.

She then told me she was the great-granddaughter of Franz Gruber, the man who composed “Silent Night.”

All of a sudden she seemed a lot more interesting, and we had something to talk about. She never knew him but had heard the stories about him from her parents and grandparents. She told me the tale of how he had written the music, a story I had never really heard before. (This was a long time before “google.”).

We talked for a long time until I had to leave for prayers. I remember speaking with her a few more times before I graduated and left for mission, and then I lost track of her.

Most things from 200 years ago are long forgotten, important political pronouncements, and even wars and the reasons they were fought. Most literature is lost, and a lot of it that lasted seems dated. Even paintings and sculptures have lost some of their relevance, gotten darker with age, most of them forgotten.

But a lot of music seems to retain its youth and vibrancy. I can listen to Bach, Chopin, and Mozart, and the pieces actually sound better today. And they are still beautiful. When I listen to “Silent Night” it reminds me of that old sister and my conversations with her, but even more, it reminds me of the power of music to connect us not only across our man-made borders and differences of opinion, but even across the centuries.