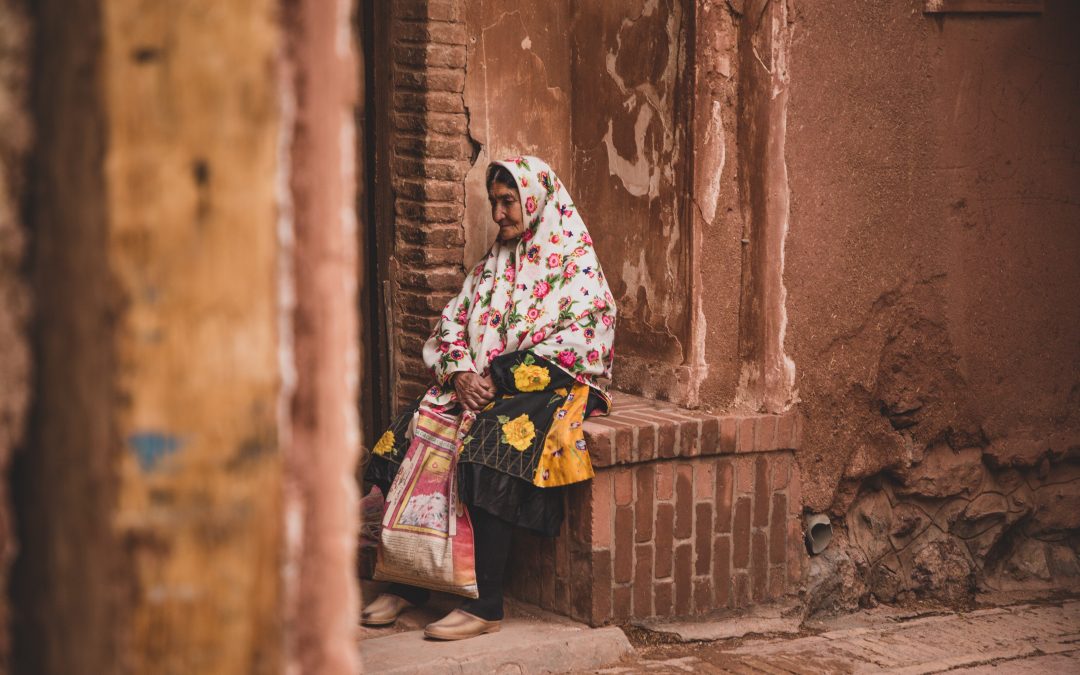 Rick Steves, the travel expert, wrote an editorial in the LA Times last year. His message was: “Afraid of terrorism? Get on a plane!”

We are so bombarded by reports of terrorism that we forget that most people are just like us –– not just in the U.S., but all over the world.

While on a family trip to Istanbul, a city of 16 million people, we went to the spice bazaar. It seemed as if the entire population was there that day. It was too much for me, and I hate spices anyway, so I walked out to the square to find a place to sit.

I noticed a place on a bench next to a woman about my age with a headscarf.

I must have looked desperate because she patted the seat next to her and moved so I would have room to sit. I looked as relieved as I could. I said thank you in English and she shook her head. Ah, no English.

She pointed to her knees. She was glad to be sitting down. I pointed to mine. I totally understood. She had a roasted corn cob in her hand –– the street vendors sold them everywhere –– and she motioned breaking it in half, offering me part. I nodded, and she broke it in half and gave it to me. It was good. We sat for a while, munching, and then two young Japanese squeezed in next to her. They were totally preoccupied with their selfie stick and camera. She looked at them and then turned to me and laughed a little. I put my hands over my face, like no pictures for me, and she laughed too. And nodded her head. She didn’t want any pictures either. They didn’t notice.

My son David came out of the bazaar and found me, happily munching on the corn cob. I pointed to him and then to me. Mine. She smiled at him and nodded. She held up three fingers. That’s how many children she had. Her husband came up and they spoke in Turkish for a few minutes. He bowed to me and Dave as she got up with her shopping bags. She patted me on the shoulder, and I did the same; she smiled at Dave and turned and followed her husband.

Dave looked at me.” How did you manage to make friends with someone in ten minutes who doesn’t even speak English? We can’t leave you anywhere!” he said jokingly.

The woman was my age. She had a family, a husband, she had aches and pains like everybody else, she seemed kind and gracious enough to “break bread” with a complete stranger, just because of a random connection on a park bench.

The great majority of people are so much the same, no matter where we are in the world, or what language we speak.

Rick Steves is right. Get on a plane and see the world. You’ll find it’s full of good, kind people.