I Love My Shirt (with apologies to Donovan) 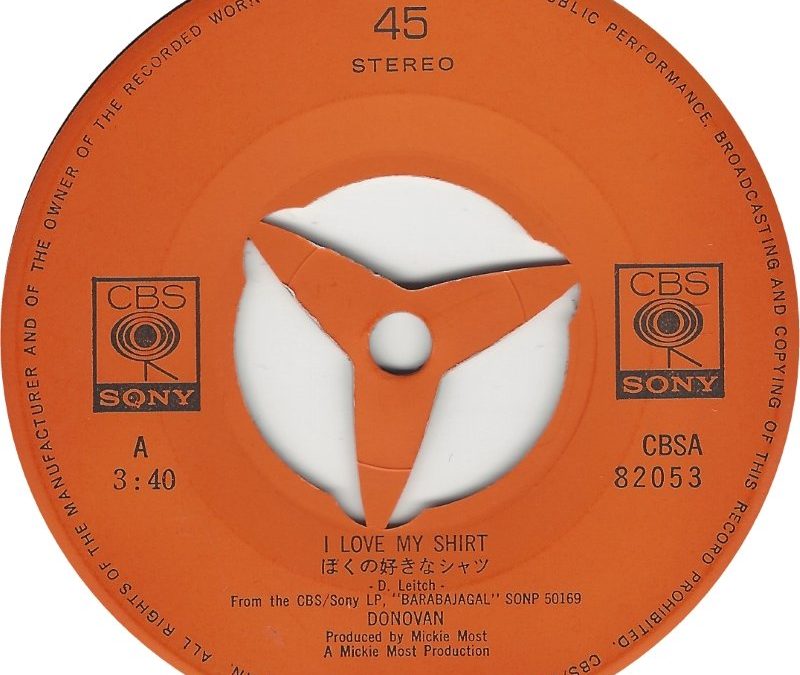 There are many ways to gain confidence. I’ve belonged to Toastmasters for years, and I’ve gradually gotten to be a better speaker just by getting up in front of people and conquering the fear of public speaking.

Everyone in Toastmasters is like me – people who want to be better at communicating, who are supportive and accepting. They clap when you’re finished with your speech. It may be from sheer relief that the speech is over, but hopefully they enjoyed it.

But, after all these years of public speaking, there’s always that nagging doubt – am I good enough? Why do I still get the butterflies in the stomach! Why is there still the self-doubt? Do I even have anything to say to people? I didn’t think I could ever get over these hurdles.

Then one day a few months ago, before I was to give a very important twenty-minute speech, I was in the car with my husband. Sometimes the classical station plays opera, which I hate. So we switched to an “oldies” station, and I heard a song I had never heard before. The first line of the chorus was “I love my shirt.”

I started laughing. “That song is terrible. I’ve never heard lyrics that bad.” And to think that sometime in the past, Donovan wrote this song, recorded it, and performed it. And it was still being played all these years later (although maybe not very often).

A week later, as I walked to the front of the large room to give my speech –– without any notes –– I said my new mantra over and over again.

And I stood in front of all those people and gave my speech. No butterflies, no hesitation, no second guessing of “was I good enough?”

Funny, isn’t it, the things that can change your thoughts and perceptions?

The next time you feel self-doubt or wonder about your ability, maybe you can find the thing that works for you. Consider a rambling, senseless Trump speech, or the Kardashians, or some successful person that is lacking in everything but self-confidence.

Apparently Donovan had a lot of hits and was instrumental in the 60’s pop culture, and my apologies to him for choosing the one song he might wish he had never written. But I also thank him for that moment in the car – helping me realize we all have something important to say. We just have to dig down and find out what it is – and then have the confidence to say it.

Click here to listen to the song that inspired me to greater confidence: https://www.youtube.com/watch?v=Idv1hN2Nr7c