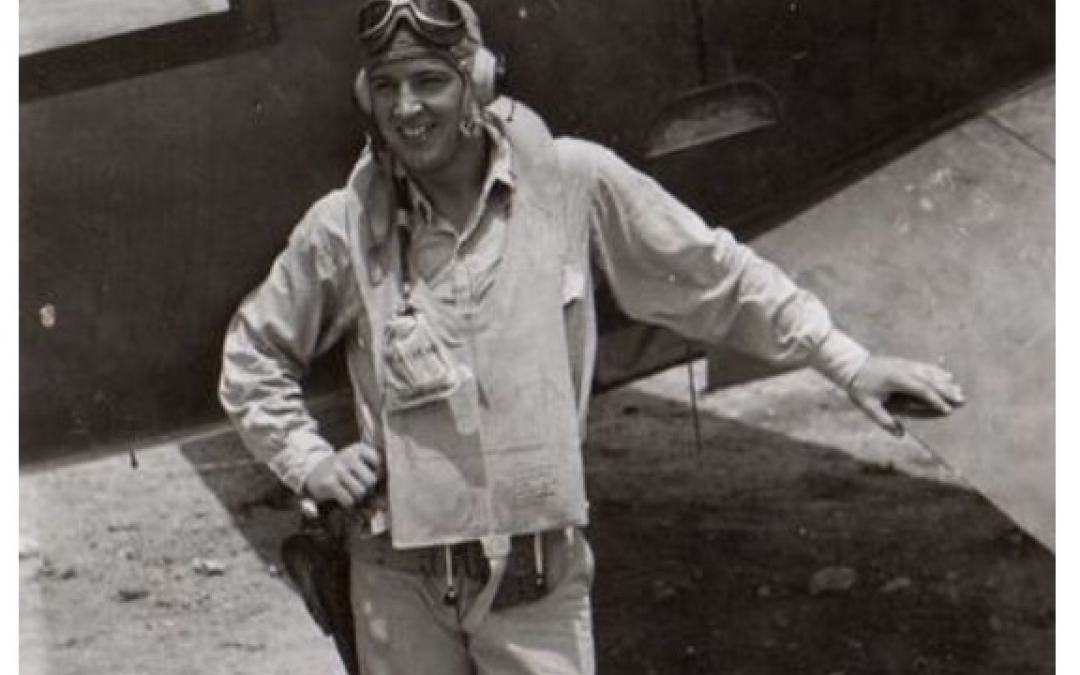 [Photo: Ed Harper next to his plane in World War II]

I’ve been privileged to know many amazing and wonderful people in my life. One of them was my brother-in-law, Ed Harper.

Ed died four years ago at age 93. He was the second-to-last survivor of the original Black Sheep Squadron. His career in the Marine Corps spanned nearly three decades, and he fought not only in the Second World War, but also in Korea and Vietnam. He was ready to lead his squadron into Cuba during the Cuban Missile Crisis in 1962. Thankfully that never happened.

I asked him once many years later, if he had slept that night. At age 14, I certainly hadn’t. I was afraid that by morning we would be in a nuclear war with Russia, a fear that was shared with most of the country. He replied, “I slept great. Why?” Even though he had a lot of personal hardship in his life, he had that optimistic attitude that everything would work out alright in the end.

He flew over 132 combat missions in his career. After he retired, he worked for McDonnell Douglas and led the Harrier project from concept through full production.

But, to me, he was my brother-in-law. My sister Jane met him when he worked at McDonnell Douglas, and they were married for thirty years.

When he married my sister, he became friends with our mother, Kelly. She was a Democrat. Ed was a Republican. And they loved, really loved, talking politics. A lot of jokes and jabs, gathering articles to back up their different positions, and, of course, political greeting cards for every occasion. Ed drove the hour and a half every week to spend time with mom, and they talked on the phone a lot about the political world.

I wish we could still have that same kind of political discussion today. The kind that leads to compromise and understanding, not name-calling and anger.

Ed never thought of himself as a hero. When he became a vice-president at McDonnell Douglas, he was expected to eat in the executive dining room. It was a privilege. But Ed didn’t see it that way. He always saw himself as a simple, ordinary person. He said that heroes were the ones who had fought and died for their country, not him.

When the president of the company questioned him and asked why he wasn’t eating with the other executives, Ed said, “If you want to find out what’s really going on in the company, you need to talk to people actually working on the projects. You can’t learn anything sitting up in the executive dining room.”

He treated the employees and the executives the same, respecting whatever work they did. Everyone was equal to him, and everyone was important.

To most people who asked for autographs and stories, Ed was considered a great person because of his service in the Black Sheep and his distinguished career. But, to me, he was a great person because of his love and kindness to my mother, his entire family, and how he treated everyone he met with kindness and respect. That’s what makes a real hero.