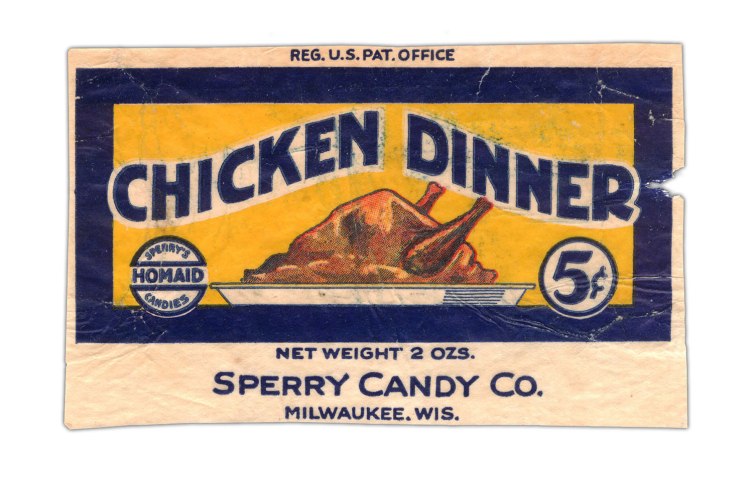 My dad left Germany in 1927 to come to the United States. His father had already arrived here, and was working as a bricklayer. He told my dad there were many jobs for carpenters and that he really should come to America. So my dad left Hamburg. He was lucky to leave when he did, before Hitler came to power, because in a few years he would have been conscripted into the army and unable to leave.

He arrived in New York and looked for a job to make enough money to pay a little rent and get himself to Detroit where his dad lived. He knew only one sentence of English. It was: “Sir Isaac Newton, the celebrated English philosopher, was one morning deeply engaged in the study of a difficult problem.” Not really an ice breaker, is it?

A few weeks after he arrived in Detroit, my young immigrant dad was walking down the street when he saw an ad in a window at a small corner store that said, “Chicken Dinner. 5 cents.”

He must have somehow understood those two words –– “chicken” and “dinner” –– because he stopped at a restaurant later that day and pointed to a delicious looking picture of fried chicken, gravy, mashed potatoes, green beans, rolls, and a slice of pie for dessert.

The waitress brought out the steaming hot meal. It was wonderful, probably the best he had eaten since arriving in the United States. And what a bargain. Only 5 cents! The United States was a great country!

My dad spent the next entire week washing and drying dishes at that very same restaurant, just to pay for his chicken dinner.

You see, what he didn’t realize was that the “Chicken Dinner” ad he saw in the corner store window was actually for a candy bar popular in the 1920’s. It cost 5 cents. I looked it up on the Internet last year, and there it was. (Looks kind of like a Snickers.)

I still think of my poor dad though, a young immigrant who knew just enough English to get himself in trouble but not quite enough to get himself out of it! All because of a chicken dinner.