Life Is a Highway 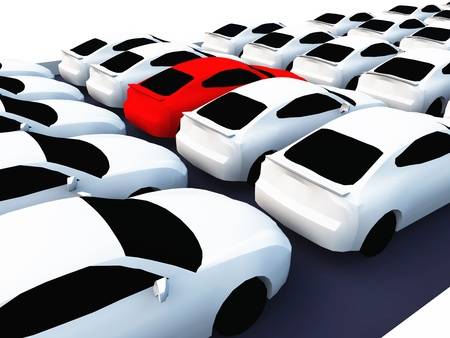 I wrote a blog last week about the two things I wanted in a new car: cup holders and it had to be red!

Well, we bought our new car. First of all, it wasn’t a red Ferrari, which I’m very glad about. Their mileage is terrible, and the price tag is $242,000. Not to mention the cup holders are an additional $3,000!

We went with a Honda Accord hybrid, which seems to be a very nice car. It does have beautiful and endearing cup holders. But it’s white. Not red. The car salesman told us that no one likes red very much, that they’re hard to resell, and besides, there wasn’t a red hybrid in the whole state of California. We might have to wait months.

When I really paid attention, I must admit I didn’t notice too many red cars on the road. And Albertson’s parking lot is usually a sea of white and silver, dotted with a few blacks. Very similar to the racial makeup of Orange County, California, but that’s a whole other blog!

I’m certainly very pleased with the car. It has a good engine that gets incredible gas mileage (not that we ever go anywhere), good safety features, four wheels, and it might even corner well (see my last blog).

As I’ve gotten older, and boy, has that happened quickly, I’m trying to be grateful for what I have rather than complaining about what I don’t have. It seems like the best way to live.

One afternoon, years ago, someone mistook my car for hers in a parking lot, must have sat down in the drivers seat and put her purse down before she realized her mistake. Anyway, I ended up with an unknown cell phone in the passenger seat. I called her number, and she got her phone back. The thing that bothered me the most wasn’t that some stranger had gotten into my car, or even that she left her cell phone.

It was that she had over 1,000 contacts, and I only had about 150. In the moment, I envied her. But it didn’t take me very long to swat that thought away. I appreciate and know each of those 150 contacts that I have. They’re more than just contacts . . . they’re real friends. It helped me realize that more isn’t always the goal. I don’t need ‘more car’ or more contacts. I have all I could ever want or need.

That all goes to say that I’m incredibly grateful to be able to buy a new car that’s a very nice car, to have an amazing family, to have my daughter alive after her mountain lion attack all those years ago, to be living in this century with its technological advances like hybrid cars, and in this country of freedom and peace unlike so many countries devastated by war.

A red car. Sure, I would have liked that. But I really like the new white Honda hybrid. And, I’m really grateful for the cup holders!